Given the often hazardous nature of life at the beach, it's important to curry favor with the powers that be. Being spiritually aligned with the ocean and gathering good karma can be critical when faced with Pacific Pummelers, carnivorous sand crabs or while crawling down drainage pipes. Below are three ways that an intrepid waterman can put some good will in the bank. 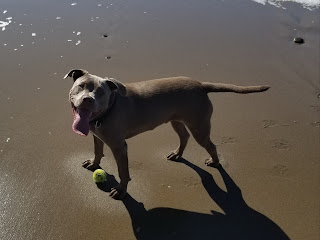 Fortunately dogs and the beach go together like chocolate and peanut butter. They love to run up and down the beach, frolicking and splashing. It is a simple truth that no one has a better time at the beach than dogs. If a PC is at the beach and is approached by a dog, the PC should roll a d20. If the PC rolls under their Charisma score, the dog bestows a bit of luck upon the character. 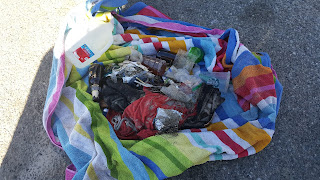 Single use plastics are going to destroy the ocean someday. And if the wound isn't fatal, it's going to be a critical hit at the very least. If a steward of nature picks up trash - and it only takes about 20 minutes to gather a massive pile - they will be rewarded with a +2 modifier that can be applied to any roll. This modifier expires after 24 hours. Trash can be gathered each day to earn the modifier. Picking up trash may also lead to interesting NPC encounters or adventure seeds via curious found objects. 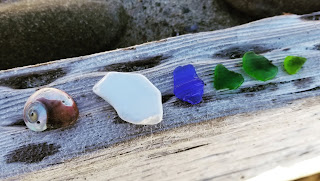 For those willing to spend the time, the beach can yield all kinds of interesting shells, sea glass and curious rocks. If a PC dedicates 15-20 minutes each day for one week to gather a personal collection of objects, the resulting objects will convey a boon. The boon takes the form of a +1 to AC that is permanent as long as the character is in possession of his or her collection. The collection cannot be conferred upon another character or NPC due to its deeply personal nature.

Email ThisBlogThis!Share to TwitterShare to FacebookShare to Pinterest
Labels: The Secret Lives of Fish