Tentacles in the Mist 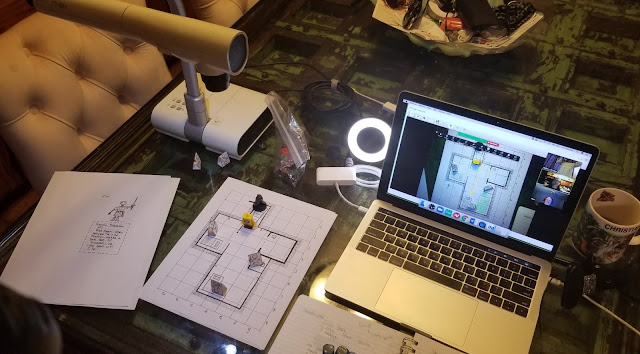 On Wednesday Matt of msjx.org ran me through a brief adventure using Tiny Dungeons 2e. The system appears to be quite promising. It reminds me of Basic D&D reimagined with a hint of Fate Accelerated.

Matt's setting drew upon Stephen King's The Mist for inspiration. My character was a reclamation expert who rappelled from a flying ship to pick through the ruins in areas where the mist had momentarily retreated. Much fun was had. 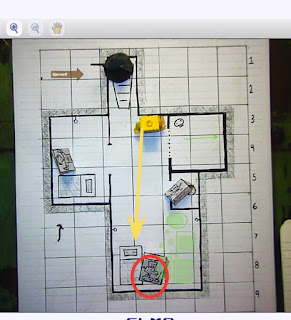 Tonight I got to return the favor by hosting both Matt and Brutorz Bill of the Green Skeleton Gaming Guild.  We used Matt's setting and this time he got to play the role of explorer. Since we are learning the system, the encounters were fairly low key, but it was a very good time. Tiny Dungeons plays pretty fast and the rules facilitate play without getting in the way.

We played via Zoom for 90 minutes, with a document camera for an overhead map view. The players each had a physical copy of the map on their ends with a grid, so we were able to move minis around fairly easily.

I'm not sure if we will use this setting/characters again, but I sure hope we can keep on playing and trying out new rules and worlds. There's not tons to do here in LA these days, so brief forays into the imagination are very welcome.

Below is my Tiny Dungeon hero from Matt's game. I like the mix of old school and new school aspects of the rules. For anyone who has played both 1e and 3x, there's lots to like and plenty of familiar territory. 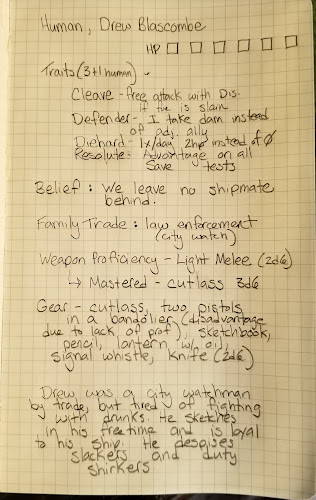